Last Thursday, I had a great lunch with a few of the digital marketing stars over at Xango. Much of our conversation centered around effectively utilizing infographics. Later that afternoon, I realized we had touched on four of my favorite techniques for producing top-notch infographics and thought I’d share them with inquiring minds everywhere —

1. Passing the share test.  There is one underlying reason infographics rule when it comes to effective content marketing strategies; images share better than any other content medium.  In fact, according to StruckAxiom, images are shared 10 times more than video!  So, the first and last question when it comes to preparing and promoting an infographic really should be, “Will this share?”  The good news is that you don’t need a crystal ball to make that call.  Just a couple of days ago, our very own Janet Meiners Thaeler, wrote a great post titled “7 Ways to Get an Endless Stream of Infographic Ideas” and honestly it could have been titled “7 Ways to Determine Whether Your Infographic Will Pass the Share Test.”  Why?  Because she believes that great infographic ideas are rooted around conversations people are having online and in the media.  Knowing a conversation is taking place online and in the media is a pretty solid sign that people will share your graphic if it adds meaning and perspective to the conversation!

Example: People are and will always be talking about losing weight.  And you can make a pretty safe bet that an effective data visualization dissection about a popular diet or exercise technique will get shared if it adds meaning and perspective to the conversation about that technique.  This is exactly why this visual dissection of The Paleo Diet has been viewed several hundred thousand in the last few weeks.

2. Make one over all point. I think one of the most common infographic blunders is to try and be everything to everybody on some giant topic.  What happens?  You end up with a crazy-long-infographic that moves from one topic to another and leaves people wondering what they just saw.  To my earlier point, infographics that share generally make one point very well and leave people thinking, “I’ve never thought about that” or “that was an interesting perspective” or “I didn’t know that and I bet my network doesn’t either.”

Case in point: Novell wanted to let the world know just one thing right before CES this January — a lot of the 150,000 show attendees were about to either lose or have their mobile device stolen.  That’s why this graphic tells just one story making it effective for its specific purpose (to steal a little of the CES chatter that was everywhere).

3. Everyone loves a great visual comparison. Did you know that the average weight of a humpback whale’s heart is 430 pounds?  That is a cool statistic, right?  But doesn’t it seem a lot more impressive if I show you that the whale’s heart weighs as much as three average adult human beings combined? 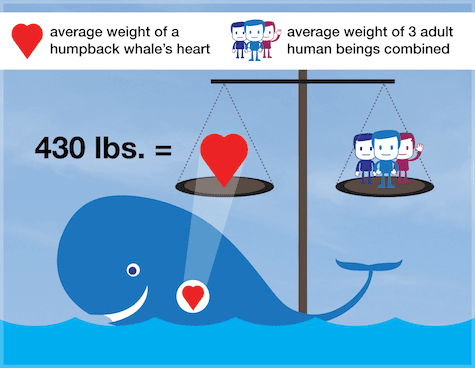 Need another example? Here is one of my favorite recent comparison graphics, which we came up with for Ski Utah a few weeks ago.  Just admit it, everything looks more interesting next to a giraffe! 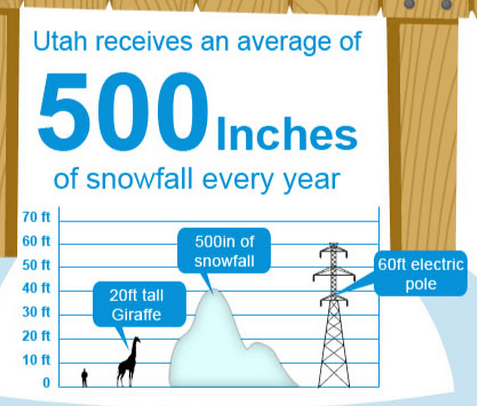 4. Find ways to spark controversy.  People love a good debate.  And online, behind the relative safety that comes with anonymity, you have a lot of people that fancy themselves world-class-debaters.  So, you might as well use this phenomenon to your advantage.

For example: When we took on the “Evolution of the Electric Guitar” we purposely decided to throw in the Guitar Hero Controller because we knew that musicians would probably take issue with its insertion but “gamers” would be big fans.  Wouldn’t you know it… check out all those feisty comments.

Those are four of my go-to’s for developing awesome infographics.  One good turn deserves another, so please tell me a few of your favorite techniques in the comments!

6 thoughts on “4 Tips for Top-Notch Infographics”