I got three words for all you Facebook whiners:

I mean come on! Facebook is FREE! This image I saw today on Facebook summed it up perfectly: 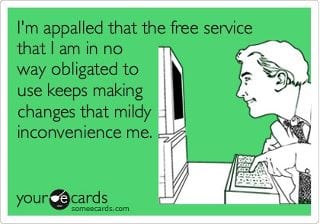 One of the funniest things I read was a friend who said, “Just signed up for Google + – Goodbye Facebook…”  I responded: “Yeah right dude. You won’t do this. Google + is fine but it’s NOT Facebook and most of your friends AREN’T there or using it much. See you when you come back :)”

Another friend who’s a “Facebook faithful” shared this “web-gem”:

Stop complaining about changes on Facebook, you will figure out how to work things again. Three months from now you won’t even remember how things used to be.

Facebook is driven by a single, unique goal. Its priority isnt to gain more users (it already has 750 million of those), nor does it feel compelled to find stupid ways to increase pageviews. Its primary goal right now isnt to increase revenue, either  that will come later.No, Facebooks goal is to become the social layer that supports, powers and connects every single piece of the web, no matter who or what it is or where it lives. On Thursday at its f8 conference in San Francisco, the worlds largest social network will take a giant leap toward accomplishing that goal.

I have seen what Facebook is launching on Thursday, and its going to change the world of social media…The Facebook you know and (dont) love will be forever transformed. The news that will come out of Facebook during the next few weeks will be the biggest things to come out of the company since the launch of the Facebook Platform.

As I read the complaints, the rants, and the moaning and groaning about all the Facebook changes last night and today, I decided to take pictures of things I thought were COOL about the new Facebook changes. Here’s my top ten:

(in no particular order) 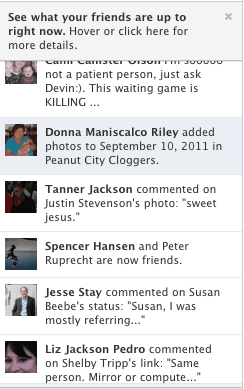 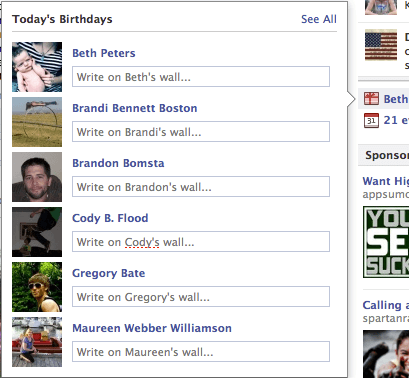 6.  A Solution to Clean Up Your Home Page Clutter 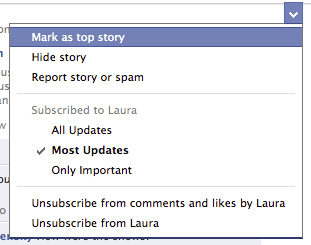 7.  Who Shared My Stuff Notifications 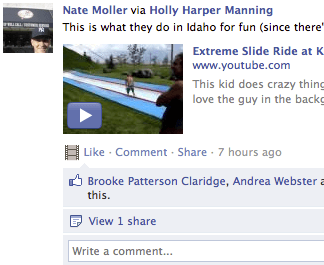 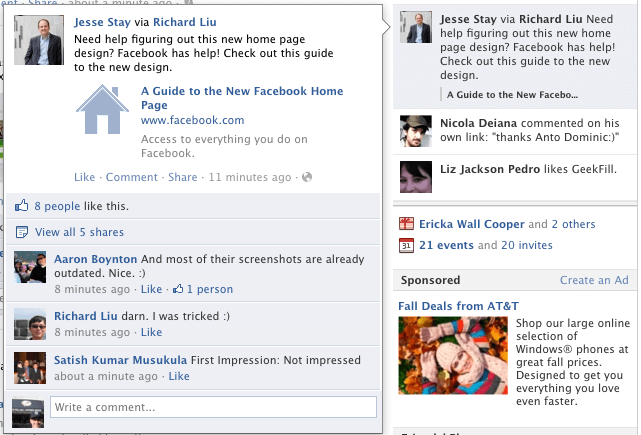 I’m interested to see what they’ll roll out on Thursday.

But I feel these changes are helping Facebook do what it really intends to do:

Now tell me WHY you don’t like these great changes with strong arguments, not crap like, “I was just so use to the old version…” or “I hate change…” 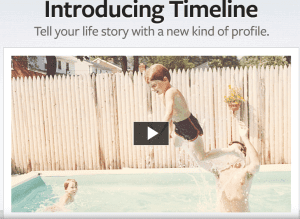 Nate Moller works with businesses who want to improve their online business. For over five years, hes worked with thousands of companies who are looking for answers in their online marketing journey. Follow Nate on Twitter and become a fan of Moller Marketing on Facebook!