Today, Cyber Monday, is the biggest online sales day of the year for many online businesses, but is it and has it really been all that this go-around?  It appears not.

Cyber Monday became known as such back in 2005 after the National Retail Federation Trade Group coined th phrase, in an attempt to define the largest online shopping day of the year.  As compared to Black Friday for traditional retailers (called such because that was the day that most offline retailers financial spreadsheets went from showing red numbers to now showing black numbers, meaning they are no longer negative).  And, as you can guess online retailers have been tentative about what they expect today in the form of gross revenue.

Because of the economic turns and the results seen from Black Friday I think that most e-tailers had formed their own opinion that goes something like this:

“We’ll probably get a lot of traffic, a lot of browsers, and a lot of buyers…because we are marking our prices down so much more this year than last year comparatively in an effort to drive a high volume of sells.  The only problem with that is that although we generate a respectable revenue volume for the day, all said and done our profits will be slim because we are marking everything down 75%.  So really, what is there to be happy about…lots of work, less profit then needed, and a disappointing Cyber Monday.” 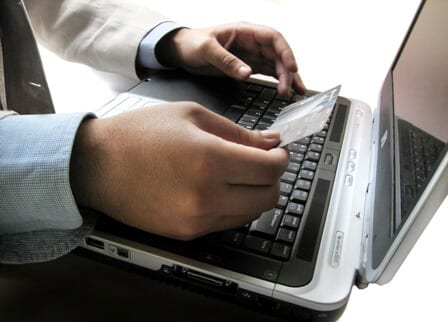 That opinion is what many offline retailers have shared since the end of Black Friday, that is if they actually were able to allow shoppers in their store because someone didn’t get trampled to death, but I won’t get on that soap-box today.  Black Friday saw a consumer spending increase of about 2% compared to last year, but I can guarantee you that 2% revenue increase won’t help the falling profits.

My prediction is that Cyber Monday will turn out very similar to Black Friday and this holiday season will be a slow one from here on out for my retailers due to the economic downturn our nation is facing.

One thought on “Cyber Monday Craziness”