Finding the right marketing angle for your business

Many of you have probably read the book “The Tipping Point” by Malcolm Gladwell, but for those of you who haven’t… the book is based on the premise that there is always a tipping point (aka significant momentum shift) in the life cycle of a message that becomies a wide spread epidemic, and that the “tipping point” can always be traced back to small numbers of people who start behaving differently. 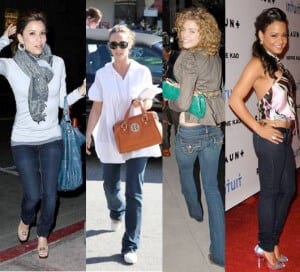 During the last year I have had the opportunity to witness the tipping point (IMO) for the California based clothing company Privacy Wear. (I know a few people inside the company who have provided me with insight and data into what the company has done to turn the corner).

For Privacy Wear, the small number of people who started behaving differently happened to be celebrities. In fact, photos of high-profile celebrities such as Eva Longoria wearing their clothing have been used to capitalize on press coverage. This is not entirely a new trick, lots of businesses use celebrities to promote their products. However, Privacy Wear found a unique marketing angle on an old marketing trick in the form of their “I want more Privacy” tee shirts. This slogan has many meanings:

1. Many celebrities like to talk about how tired they are of the paparazzi. So the shirt makes a great statement.

2. The companys CEO, Carolyn Jones, lost her mother to breast cancer, and this slogan dates back to Jones’ desire that her mother be given more privacy during her last few days on earth, which were spent in a hospital. Privacy wear donates up to 10% of its proceeds to breast cancer awareness charities.

3. The slogan can also be read to state that the celebrity wants more Privacy clothing, and apparently many do – “PRVCY fanatic Jessica Alba has been wearing PRVCY Premium jeans for months!” “Eva Longoria Parker loves her London skinnies so much she keeps pairs in both her LA and Texas homes!” (Quotes and image were taken from a recent Privacy Wear press release).

So how do you find the right marketing angle for your business?

I believe it is a two step process.

First, you have to understand the marketing strategy that you would like to use. For Privacy Wear that meant recognizing the formula that goes into capturing the attention of the news media.

Second, you have to find a unique way to manipulate that marketing strategy. For Privacy Wear they found the ultimate manipulation tactic in getting celebrities to actually want to wear their clothing, versus paying them to wear the clothing.

So go out and find your marketing angle that will begin a tipping point for your business.

One thought on “Finding the right marketing angle for your business”