Be more than just a “me too” – Be like Mike. Michael Andrew that is.

Who is Michael Andrew you ask? The self proclaimed “maven” has a passion for passing his expertise on to others, and Michael has a lot of areas of expertise. Michael’s resume snapshot looks something like this:

The reason I am blogging about Michael today is that he has taught me something about business that I would like to pass on to our readers. Michael finds ways to monetize his hobbies and his knowledge. This is a unique skill as many of the most knowledgeable people I know (shout out to my Uncle Jeff who owns many degrees and not much else ; 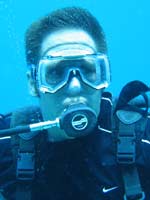 ) are also some of the most broke people I know.

A few years ago Michael’s friends started asking him to take pictures of their families and weddings just because he had a fancy camera and made people laugh. Michael was good at it so decided he should start charging. He quickly became one of the more successful wedding photographers in Alabama. He then grew his business into other states like Hawaii, Arizona, and Utah.

Along the way, Michael decided he should blog about his story and many of his articles were based around teaching photography enthusiasts how to take better pictures. Michael received such positive feedback on his articles that he decided he should create a photography training school. Now Michael has a series of instructional video lessons which teach people how to use cameras like the Canon 50D DVD.

Michael’s Internet DVD sales have been so steady that he was recently approached by a cable network to begin selling the DVD line via Television.

Lesson To Be Learned

Michael found a way to think outside the box and combine two interests that he had 1) teaching and 2) photography into making a great living. Too many business owners get caught in the rat race of trying to be nothing more than a “me too” – while guys like Michael are able to combine their talents with business practices in a creative way that set them far apart from all of the other me too’s.

In other words, had Mike just decided to shoot weddings the rest of his life he would have simply been in line with all of the other “me too’s.” This is not a knock on wedding photographers, it is simply a big congratulations to Michael for avoiding the all-too-common me too syndrome.

Do you guys have examples of other businesses who have avoided the me too syndrome?

2 thoughts on “Be more than just a “me too” – Be like Mike. Michael Andrew that is.”