I hate cybersquatters and you should too!

Cybersquatting (don’t you just love that word?) is defined by Wikipedia as: 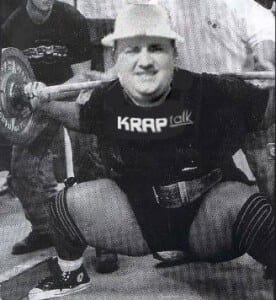 Cybersquatting (also known as domain squatting), according to the United States federal law known as the Anticybersquatting Consumer Protection Act, is registering, trafficking in, or using a domain name with bad faith intent to profit from the goodwill of a trademark belonging to someone else. The cybersquatter then offers to sell the domain to the person or company who owns a trademark contained within the name at an inflated price.

Cybersquatting costs legitimate businesses untold amounts of money. It is about time one of us cost them some money!

Verizon just won over $33 million dollars in a cybersquatting lawsuit!

Verizon just struck a big blow for legitimate trademark and business owners everywhere when they won a record $33.15 million judgment against Internet domain registrar OnlineNIC for cybersquatting. That is A LOT of cash!

What did Online NIC do to deserve a judgment of this size? OnlineNIC had registered at least 663 domain names that were either identical to, or confusingly similar to, Verizon (NYSE: VZ) trademarks, like “Varizon.com” and “verizoncellphonecompany.com.” Online NIC’s reason for registering these names was to make money from all of the typo domain name entries. There are a lot of bad spellers and mistake prone typists out there. You can imagine the number of individuals who would make a simple mistake like misspelling Verizon.com as Varizon.com and accidentally land on a page owned by Online NIC. Many of these same individuals will then click on a Google Ad (which the real Verizon.com is paying for) and be re-directed to the intended site.

It will be interesting to see how the law will evolve as it takes on the social media applications of cybersquatting. To be frank, I cannot wait to see the first landmark case involving cybersquatting and social media!

In the meantime, Kudos to Verizon for doing their part in helping to curb all of the lame-o cybersquatters!

2 thoughts on “I hate cybersquatters and you should too!”