There is no doubt that people are consuming more and more video content.  The U.S. film industry has surpassed 40 billion dollars in revenue.  We are exposed to numerous types of video on a daily basis, TV programming, commercials, youtube, webinars, ted talks, movies, the list goes on.  Video has been the go-to form of entertainment for decades, but now it has even surfaced as being an instrumental part of our learning and therefore, an impactful marketing tool.   As discussed in a recent Forbes article featuring Avalaunch, consumers are more likely to make a purchase when there is a visual component to reference. A study by Forrester Research has estimated that one minute of video equates to approximately 1.8 million written words.  The cognitive theory of multimedia learning by Richard Mayer also demonstrates the “multimedia principle,” which states that “people learn more deeply from words and pictures than from words alone.  It is pretty apparent that if you are solely relying on the written word through email, blog posts, white pages, and a verbally abusive sales decks, you are creating full cognitive connections with your audience to create lasting resonance. 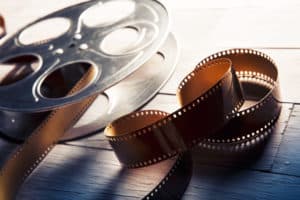 It seems archaic to even think of the black and white video.  But in reality, the first motion picture only appeared a little over a century ago developed by the Lumiere brothers.  Thirty-one years would pass until the next breakthrough in film development, the emergence of Technicolor in 1916.  The birth of a small little mouse named Mickey in 1928 would breathe life into the world of animation launching Walt Disney into more than nine decades of innovation of animated feature films.  It would not be till 1976 that video became accessible to the average consumer.  That year JVC launch the VHS video recording system.  Camcorders followed the VHS, in 1981 giving even the amateur home videographer a platform for creativity and capturing real-life moments.  Since the 80’s, developments seemed to evolve at light speed.  Enter MPEG, DVD’s, Netflix, YouTube, Blu-Ray and Apple TV.  With every innovation, our society has adopted new social norms, forms of communication, and a hyper-connectivity that is reflective of the advancements of the past.

Advancements in video technology are undeniably shaping our daily habits.  The average adult will spend 12 hours a day consuming media. (eMarketer)  Considering the daily overdose of info, what can you do to make sure your message has a deep-rooted impact?  The answer lies in video content. According to a recent study by Hubspot, “59% of company decision makers would rather watch a video than read an article or blog post”.  Video content is more digestible, more consumable.  Save your readers some time.  Simplistic changes in habit like embedding a video to email can boost click-through rates by 200-300%. (INC)  Still not convinced?  Check out the growth stats of YouTube mobile views, 100% YOY, not too shabby.  So put away the keyboard, stop reading this blog and set your content in motion.