Influencer Marketing is Evolving and #Trending, and Showing No Signs of Decline

With so many marketing strategies and tactics floating around, it can be difficult to pick the best campaign for your brand. Traditional marketing techniques are now only part of an effective strategy. Simply “running ads” won’t cut it anymore because nearly half (47%) of online users use ad blockers. For brands to stay relevant, they must utilize some form of influencer marketing campaign. 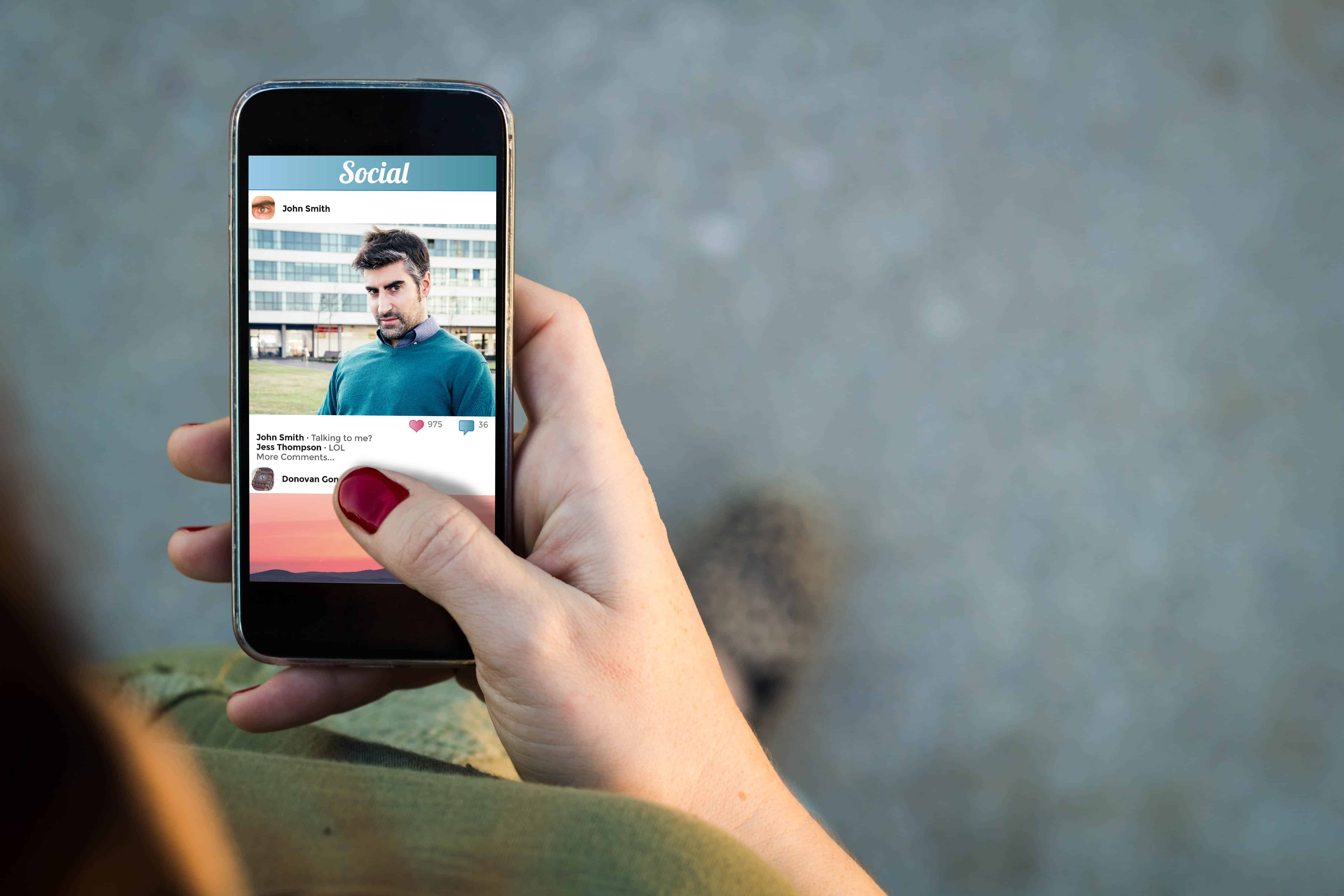 Influencers can help build a diverse and strong link profile. These social personalities also increase content reach and engagement. Approximately 40% of users report following brands on Twitter, and 49% of users rely on recommendations from influencers on Twitter. Additionally, 70% of teenage YouTube subscribers trust influencers’ opinions over traditional celebrities’. In retail? You might want to know that 86% of women turn to social networks before making a purchase.

Did you know that 84% of marketers plan on launching at least one influencer campaign within the next 12 months? But how do they decide which influencer to #collab with?

When people think of influencers, they often think of picture-perfect mommy bloggers or families of full-time travelers. These are people who seem like they just must have full-time photographers following them constantly. How else could they get so many flawless, “candid” photos of themselves during every moment?!

Yes, these people are influencers, but remember—they are not the only influencers. Thought leaders, experts, and professionals are powerful influencers in their own sphere. Physicians would value the opinion of a well-known healthcare expert over the opinion of a popular photographer (even if he has 80,000 Instagram followers). Do not discount the power that these opinion leaders have on their peers and followers in telling them what to think, what to do, and when to act.

Think outside the box when identifying influencers you’d like to collaborate with. Picture an individual in your target market. What are their interests? Are they adventurous, or do they prefer to live a slow and simple life? After you understand the consumer as a well-rounded person, you can engage influencers in a variety of industries, thus diversifying and broadening your influencer pool.

Ski Utah exemplifies this point perfectly. They took the time to understand their target market and then engaged influencers who aligned with the typical skier persona, but who may not be known as “skiing influencers.” Ski Utah recognized that these avid skiers would also be likely to follow certain health foodies or outdoor enthusiasts, so they made those individuals staple contributors on the company blog. This likely expanded their reach and introduced a
*A Unique Example Influencer Marketing Campaign by Ski Utah
whole new group to Ski Utah via collaboration with a unique influencer. Brilliant! 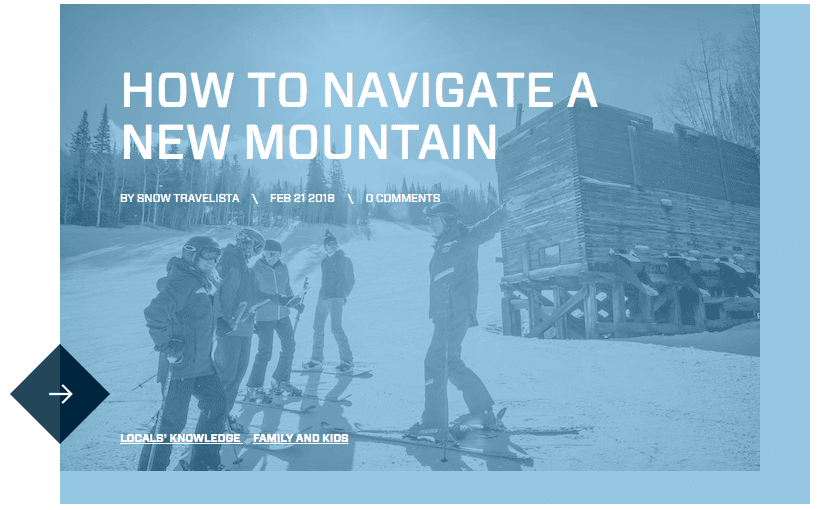 How Can I Engage Influencers?
Don’t know how to find influencers to contact? There are plenty of tools for discovering both local and national influencers, including Intellifluence, Demographics Pro, The Social Edge, Localfluence, Wooly, and Collabor8.

However, it’s important to note that not all influencers will work for free products or for “collaboration’s sake.” These individuals make a living off promoting various products, so you should be ready to commit financially. Most likely, the more followers the influencer has, the more costly their efforts will be.

Working with multiple influencers for each campaign will prove more effective than just working with one individual. By creating a tribe of influencers, you are engaging your key audiences in a variety of ways and across multiple channels. Before approaching an influencer, define your ask and create your pitch. What will they (and their followers) get out of the collaboration? What do you want from them in return?

Remember that disclosing the relationship between brands and influencers is necessary to maintain transparency. All credibility and trust gained may be lost if consumers feel they were deceived—which can be extremely damaging to both the brand and the influencer.

Don’t forget that followers aren’t everything. Beware of influencers with “fake followers.” Make sure their engagement matches up with their follower count.

Your brand deserves an influencer who connects with your audience, so don’t just work with anyone. If the influencer has controversial views or opinions or tends to cause scandals, YOU have to be prepared to answer for them on behalf of your brand.

As wonderful as it may sound to have celebs endorsing your brand, the risks associated with this tactic can be catastrophic. Collaborating with celebrities opens your brand to any critics of that individual’s public persona. Your brand is essentially attaching its name to the influencer’s, and vice versa. Anything that elicits negative publicity could have a less than desirable impact on your brand.

When Influencer Marketing Is an #EpicFail
Remember, choosing the correct influencer for your brand is crucial. The risks of partnering with an influencer come to life when the influencer does something that the public deems unacceptable. As a result, brands are forced to distance themselves from these influencers and do a lot of damage control to correct the situation as much as possible. 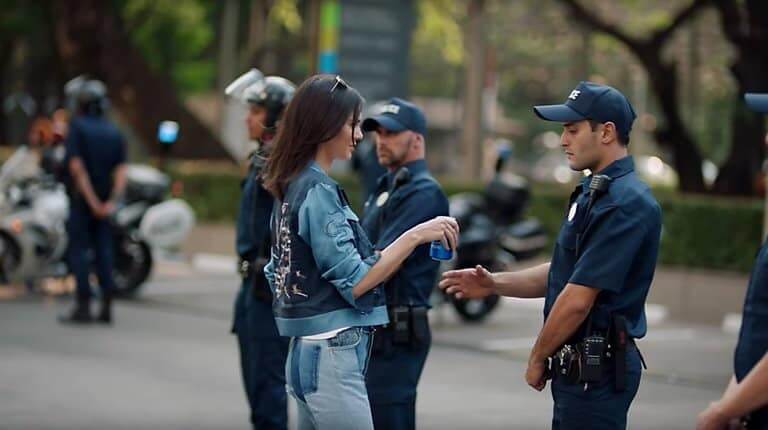 An Image from a Pepsi ad posted on YouTube, starring Kendall Jenner and featuring the song “Lions” by Skip Marley. Credit-Pepsi Global, via YouTube-Getty Images

The 2017 Pepsi ad #fail starring Kendall Jenner, the Kardashian superstar, is a textbook example of this in action. If you remember, the ad featured Jenner handing a can of Pepsi to an armored police officer, who returned her gesture with a smile. The scene appeared to recreate the iconic photograph of Ieshia Evans, a black woman who took a stand against police brutality during a Black Lives Matter protest after the fatal
shooting of Alton Sterling in 2016.

Pepsi intended the message to be a call for unification of the country, but the brand admittedly missed the mark. The ad, the Pepsi brand, and Jenner herself received extensive public backlash, and the ad was quickly pulled. People all over the internet claimed the commercial took away from other efforts for unification by creating a highly unrealistic and insensitive picture of protest, in which a can of Pepsi can end the conflict.

Both Jenner and Pepsi have since released public apologies, but the damage was already done. Influencer marketing has risks and the creative process must be thoroughly strategized to avoid negative backlash.

Algorithms and the Future of Influencer Marketing
It’s true—social media algorithms have and will continue to change. However, “the power is in the hands of the Influencer more than ever before.” Consumers will now see fewer business posts on their Facebook and Instagram feeds—and partnering with popular personal accounts will become one of the most effective ways to land on consumer feeds.

Influencers have also seen an organic engagement rate decrease of up to 30% or more since the recent algorithm changes, but the smartest influencers are the ones adapting to the worldwide shift. Tactics like boosted posting, live streaming, and “upping” collaboration efforts are all ways that influencers can stay relevant while dealing with these changes.

Influencer marketing has been underestimated as a fad and a waste of money, but it will remain popular this year and will continue to be a valuable outreach strategy for brands. Although the tactic is important, don’t rely on influencer marketing alone. Mix it up! The most successful brands utilize a variety of marketing techniques to reach their key audiences.

With so many marketing strategies and tactics floating around, it can be difficult to pick the best campaign for your brand. Traditional marketing techniques are now only part of an effective strategy. Simply “running ads” won’t cut it anymore because nearly half (47%) of online users use ad blockers. For brands to stay relevant, they must utilize some form of influencer marketing campaign.