Be the Presenter That People Remember

Pubcon Las Vegas 2017 was an amazing week of learning, networking, and hanging out with new and old friends. One of those friends, Kevin Doory, was super nervous, but excited to present at his first Pubcon—and he knocked it out of the park, even when his session room did everything it could to derail him.

Again, here’s a HUGE hat tip to Kevin for pulling off one of the most amazing presentations (given the circumstances) that I have ever seen. If you want to learn how to overcome the fear of public speaking—and be the presenter that people remember—just find Kevin and ask him a few questions.

Dave and I will soon be covering this topic on our podcast, The Business of Digital, so keep an eye out for that—and if you haven’t subscribed yet, do it now!

Update #1 Oh hey look, here is the slide I was referring to above: 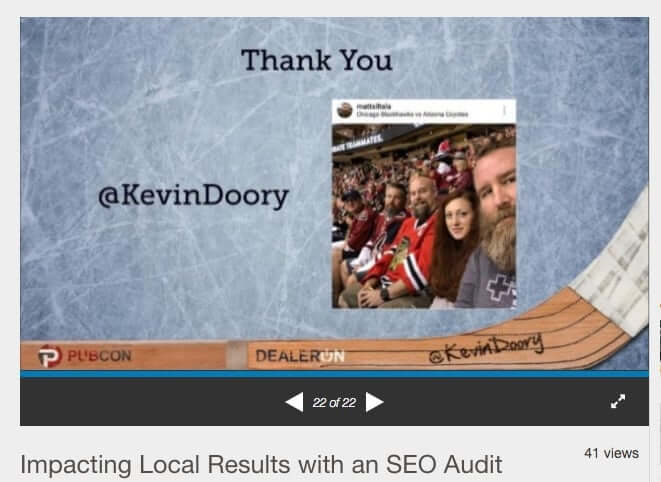 One thought on “Be the Presenter That People Remember”