SOPA – The Pirates Are Coming to Loot…Are you Ready to be Plundered?

It has been intriguing to see the comments and analysis of the Stop Online Piracy Act (SOPA) over the past few weeks. For the most part, this legislation has been viewed as a speech squelching, entrepreneur killing, economy halting piece of legislation. After personally reading SOPA (yes, all 78 pages), I find some merit to these arguments and it appears that too much power would be put into the hands of the government and allow them to compel and force online businesses to shut down portions (or all) of their websites without proper Constitutional due process. 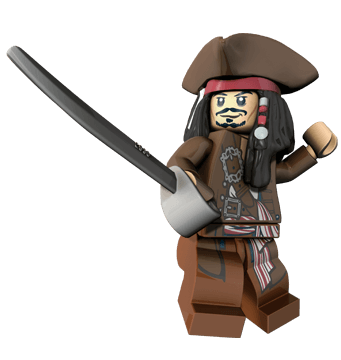 SOPA reminds me of a scene from the Pirates of the Caribbean: Dead Man’s Chest movie, when Jack Sparrow and Will Turner are discussing plans to retrieve the mysterious key from Davy Jones. (NOTE: If SOPA had passed last week, I would have had to find a more witty way to prove my point here for fear of copyright infringement):

Jack Sparrow: So what’s your plan, then?

Will Turner:  I row over, search the ship until I find your bloody key.

Jack Sparrow:  And if there are crewmen?

Will Turner:  I cut down anyone in my path.

Jack Sparrow:   I like it. Simple, easy to remember.

With SOPA, the government will have the ability to raid a business’s “ship,” find the forbidden loot, and have no problem cutting down others in their path. While the plan seems to be a simple and quick solution for conquering piracy, it fails to address other complexities that are a reality for businesses, especially entrepreneurs and internet start-ups. One thing SOPA does is emphasizes the ability for the government to exercise injunctive powers in stopping a website from functioning due to third party actions. Injunctive powers consist of such things as court ordered temporary restraining orders (TROs), preliminary injunctions, and permanent injunctions. Among other things, I see the big issue lying with temporary restraining orders and preliminary injunctions, which allow an “offending” party to come to a judge, explain and justify their offense, then request relief via a shut down of the website even before the owner of an “offending” website is brought into court and/or the case is finally reviewed and decided upon. Depending on the judge’s discretion, a TRO could be granted right there on the spot until matters are further reviewed by the court. While these injunctive powers can certainly be found Constitutional and do find their rightful place in our society, it seems that SOPA would expand the justifications and legal limits for exercising these injunctive powers that could shut down or filter websites.

First, this is a dangerous power that reminds me of time when a British government was sending their soldiers into citizen’s homes to seize their “houses, papers, and effects” without justification and at the whim of a complaint from any third party. For these very reasons, the American Founding Fathers put in place the First, Fourth, and Fifth Amendments to protect citizens from these types of oppressive government actions, thus providing a proper venue for reviewing complaints and allowing fair due process before stripping someone of their rights. Under SOPA, I’m afraid that the real pirates will become the government as they “pillage and plunder and don’t give a hoot” of e-silencing websites without proper due process and in the name of the threat of piracy.

Second, SOPA regulations could cause existing, well-established businesses to take enormously expensive precautions that deter foreign invaders from posting infringing content on their websites. Businesses would essentially have to provide an additional army of content monitors, attorneys, and others to babysit those visiting and using their website. A likely scenario could be that a business would find it difficult to provide an adequate army and would take the safest precautions for removing any content that had any inkling of potentially infringing a copyright, trademark, etc. This could be a killer for large companies such as Reddit’s social news site. If a business isn’t quickly assassinated, then the affects of having to fend off the government’s discretionary ability to censor could certainly slowly bleed a company to death or change it to something less innovative.

Third, the powers granted in SOPA could have a drastic affect on the inception of small internet businesses. Under SOPA, these internet start-ups would require an arsenal of attorneys and consultants to assist in navigating their new venture. Additionally, these new business would have to take additional precautions to ensure that their new venture was not violating any minute portions of SOPA that could trigger a complaint from a cash-flushed corporation or others bent on taking out the competition. All this would require additional upfront money and could cause many to give up on their brilliant ideas because of lack of funding, for fear of being legally punished, or just not wanting to deal with the headache and stress of additional regulation. Think of all the major internet businesses that have changed our lives, including many that we use on a daily (if not hourly) basis. Many of these companies were started in someone’s bedroom, with the idea of two students, or by some whiz kid. In a SOPA world, these new ideas, the innovation, and entrepreneurs could be quickly drowned in facing the reality of having to address so many unknown legal issues, having to fight a claim or complaint from a third party, or by the decision of the government.

I think it is important to understand that most of SOPA’s supporters are NOT advocating piracy in any form and it is a real issue sucking money away from innocent victims. However, supporters are not prepared to give up their Constitutional rights for this threat or to bring a crushing blow to the businesses and innovation that have shaped our lives and made them better. There definitely needs to be an effective approach to address the piracy problem, but legislators need to consider the detrimental effects of SOPA, or any other piece of related legislation, on businesses and resolve to protect those interests. Fortunately, SOPA’s vote has been postponed for at least another month, which gives additional time for supporters to voice their opinions and stave off an impending attack.

Shaine has always been fascinated with how people interact with each other and shape the world around them. The internet and social media has brought a whole new sphere in these communications and has produced a world our past would have never imagined possible. He is finishing his law degree and plans on being a licensed attorney by August 2012. He will continue helping businesses navigate around pitfalls and have the most success possible. (NOTE: Any information provided by Shaine is in no way meant to be a legal opinion and/or legal advice. It is important to contact a licensed attorney to obtain proper legal advice for your situation.)

12 thoughts on “SOPA – The Pirates Are Coming to Loot…Are you Ready to be Plundered?”