At a digital marketing agency like Avalaunch Media, marketing channels are THE predominant conversation topic. Marketing channels are always morphing and agencies like ours are charged with keeping up with the changes — that’s what clients pay us for. Take Instagram in the past week for example. Who could have foreseen this social juggernaut would be trialing a new strategy of “hiding likes” across six countries? It’s an agency’s job to continually devise ways to adapt to such changes, but seemingly massive upheavals are nothing new in the modern age of digital marketing channels.

Social standards constantly evolve. Here’s a lighthearted reminder of ads that were, for a time, common and accepted across marketing channels.

1: Keep Those Kids Hopped up on Soda

Back in the 1950s, 7UP claimed to be the “all-family drink.” Not sure what the worst part about this ad campaign was — feeding 7UP to babies, or suggesting mixing the super-sugary citrus drink with milk. Yuck! 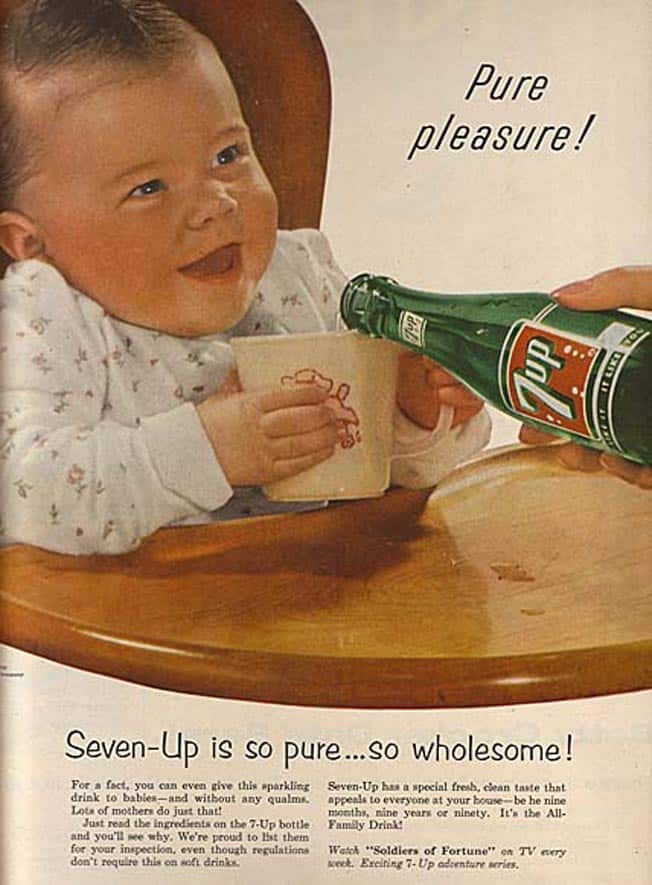 We all know by now that Volkswagen has had its share of controversy lately — but through inspirational marketing, it has bounced back. Back in the 1960s, the brand also got away with this ad that touted the affordable parts you could buy when your wife inevitably crashed the VDub. Wow. OK. 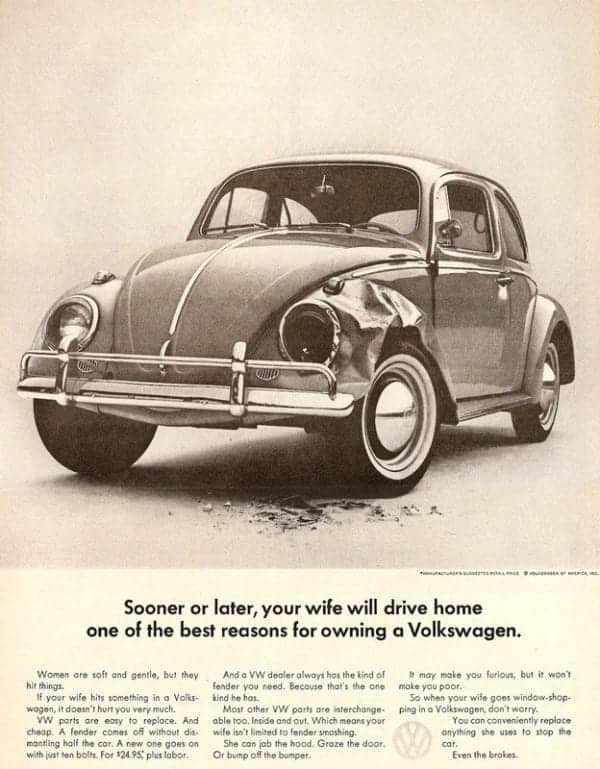 3: Cooking, Cleaning, and Dusting: How DOES She Do It?

Was it really the vitamins that allowed women to work so hard, or was it that their husbands were a little…lazy, perhaps? Lessons should be learned from the past, and this ad would not fly today.

Medical marijuana is here, and it’s finally becoming accepted as beneficial for people’s health. But at one stage long ago, it was cocaine people turned to for pain relief. High-flying celebrities of the 80s will tell you…it’s a good thing those days are over.

5: From Cocaine to…Coke. In the Morning.

Soda companies have long waged battles to encourage people to drink soda instead of coffee in the morning. In the 80s, Pepsi launched “Pepsi A.M.” and Coca-Cola campaigned for coffee lovers to drink “Coke in the Morning.” In 2013, Mountain Dew released “Kickstart,” a soda made with caffeine, 5% juice, and vitamins B and C — and it proved popular. So maybe this old Coke ad wasn’t so far off the mark after all? 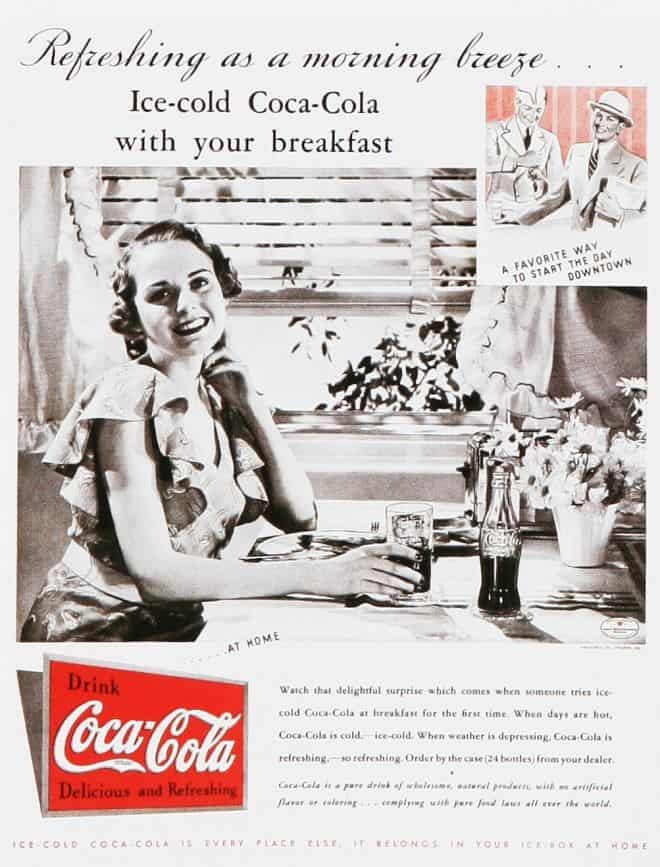 7: Caught in a Cloud of Harassment

As a method of seduction, blowing smoke in someone’s face does not seem likely to result in success. More likely, it will result in a justified harassment complaint. One has to wonder at the amount of smokers who actually believed in the messaging behind this marketing campaign?

Parenting is difficult and always has been, if this old-school ad is anything to go by. Despite the challenges of sleep deprivation and the persuasive nature of this Blatz marketing display, don’t be tempted to use malt and hops as a “stimulating tonic” to comfort your child!

9: Singing in the Rain

Finally, here’s an ad with a message that makes perfect sense. Not only did Bradley Group Showers help with water conservation and money saving — they also provided a great opportunity for folks to socialize.

In the 1950s, Motorola campaigned the idea that TV was of great educational benefit to your child. If only it were that easy…no need for homework, and parents simply plop their kids down in front of the tube to improve their behavior and boost their grades!

11: Wake up Gay in the Morning

The word gay is not used as it was back in the 1940s when this Ovaltine advertisement was created. The more modern use of “gay” puts a lighthearted twist on this happy ad.

This overtly offensive Kenwood Chef ad suggests that women belong in the kitchen. You’d have to be very brave and very stupid to try pulling this line out today — in a marketing campaign or at home.

Thankfully, we’re far from the end of the marketing channel evolution. Social marketing campaigns 20 years from now will look much different, hopefully for the better. Some will even prove timeless, for good reasons. Will your marketing campaign direction go down in history alongside the likes of marketing powerhouses Volkswagen, Apple, or even socially savvy Wendy’s? Time will tell.