3 Proven Ways to Get Your Business in Local News

Morgan writes about literally anything for Avalaunch media clients. Before Avalaunch she endured trial by fire, water, and bureaucracy as a television reporter for local networks. She thinks skiing is worth moving to Utah and dating long-distance.

Relationships between local news media and businesses can be mutually beneficial. For businesses, it’s free publicity and brand awareness. It is a way for business leaders to speak to their community in their own words, and show them what they do through pictures or video taken by professionals, with no hiring required. Reporters are always proud to unearth an interesting and engaging story. Most journalists are required to pitch their story ideas to management during daily editorial meetings. Their pitches may as well be about your business.

Unfortunately, it’s not easy to catch a reporter’s attention. Throughout the five years I spent as a broadcast journalist, I must have 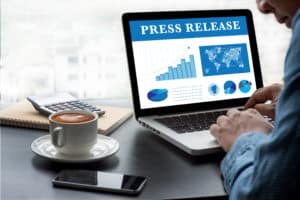 received no fewer than 20,000 news pitches. Press releases and emails from public relations agencies flooded my inbox each day, but only a select few got opened. Even fewer were read in their entirety, and I only took the time to make phone calls on about three per day. Out of those three, I’d only pitch one or two to management in the daily editorial meetings, and only one could be my story for the day. If there was any breaking news, all that planning ahead flew out the window.

To feature on local news, you have to make your story and your pitch stand out among the hundreds of others. As a former newsie, here are a few ways businesses sold me on great stories.

One morning I was struggling to find a story good enough to pitch in the editorial meeting. I wasn’t intrigued by any of the press releases I had received, and there wasn’t a lot going on nationally that I felt had an interesting enough local angle. I had turned to social media to see if there was anything buzzing. In my Twitter notifications, I noticed that an account called, “Women Rise ABQ,” had “followed” me. As a female reporter in Albuquerque at the time, this piqued my interest. I went to their profile and noticed the organization was brand new. They only had a few followers and a couple of posts announcing their launch. I reached out to them and learned that two local women had recently started a nonprofit aimed toward helping women succeed through networking, mentorship, and education. They were both willing to go on-camera, and their story aired the next day.

Taking the time to follow your local journalists on social media can definitely pay off. You may not even need to pitch them on a story idea. They may look into who you are on their own, and reach out. Just be sure you are ready to be interviewed, reveal your name and role, and to give a reporter access to your office space or provide them with other visuals. Whether it’s for a print publication or television, they will want some quotes or sound bites, and pictures or video to help tell your story. 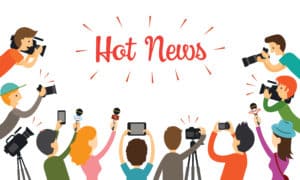 Have you ever been watching or reading the news and thought, “how is that news?” Perhaps I can provide some insight. Some of the main factors I always considered when choosing stories were:

For a business, the addition of a unique service to a new market may be classified as significant. I once did a story about a new chiropractic office opening because they were the first in the area to offer new technology for testing concussions. We knew many parents were concerned about their kids’ sports injuries, and that this tool would be of help.

A producer once sent me to cover the grand opening of Cabela’s. I wasn’t sold on the newsworthiness of the event until I arrived at 4 a.m. and discovered a line of a couple hundred people who had been camping overnight, waiting for the doors to open.

At Masterpiece Cakeshop in Lakewood, Colorado, a baker made national headlines after refusing to make a wedding cake for a gay couple. In Albuquerque, a local plumbing company made every local paper and broadcast station after posting a video on its Twitter page encouraging community members to vote against a proposed city ordinance. Speaking up on controversial issues leads to exposure. But proprietors don’t get to decide whether speaking up will be good or bad for business.

One story that received a positive reaction involved a New Mexico man who had opened a coffee shop with a fly fishing theme in his father’s honor. He fondly remembers waking up early to fish with his dad, coming home to a fresh cup of coffee. A percentage of his sales even went toward a nonprofit working to improve New Mexico watersheds. On the surface, the story was about a new coffee shop. But the story’s essence was the owner’s back-story and passion for his state that many New Mexicans related to, and what drove them to become regulars at his shop.

One of the toughest tasks for journalists is getting people to go “on the record.” There were many good stories I wanted to tell, but the essential figure refused to go on-camera.

If you’re willing, reporters are often looking for local sources to serve as their “expert” on a variety of topics. If your business is a law office, for example, you could offer to be a news department’s go-to interviewee for complicated court cases. If you are a wellness coach, you could weigh-in on stress reduction stories or offer tips to parents about helping their kids get enough sleep. Think of what topics or industries you have some expertise in, and make sure your local reporters know you are available to talk about them.

If you believe you are doing something new, unique, and helpful in your community, you should let local journalists in on it. Reach out to them individually via email or social media, and let them know what you’re up to. Understand that they sort through dozens of story pitches per day, so be sure to make your point clear and concise. You can make their job easy by telling them upfront that you have visuals and an interviewee ready to go. Feel free to use some of the “newsworthy” buzzwords described here. Your knowledge of what they’re looking for will likely be a refreshing change, and enhance your chances of being noticed.