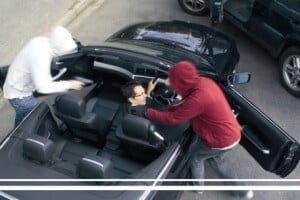 Two high school boys in RI stole a car this morning in order to… impress their friends? no. have a ride to the prom? no. get to school on time? YES.

It is pretty easy to poke fun at a story like this, but how often do we do something wrong in the name of something right? As business owners we have many opportunities to “pass judgment.” If you are anything like me this is probably one of the main reasons you went into business for yourself – you like to call the shots. Some times calling the shots means you make up the rules.

Making up rules – AWESOME!  However, there are many rules which have already been written and will never need to be re-written.

1. Be honest. Avoid the “harmless white lies” used to avoid responsibility or embarrassment. (Advertisements for the new Fox show “Lie To Me” have me wondering if the average person really does lie 3 times in a 10 minute conversation! What do you think? Can that be right?)

2. Be reliable. Try not to miss a meeting or some other commitment just because something else “more important” comes up.

3. Honor promises (both oral and written). If you advertise a 30 day guarantee – accept a return for the full 30 days.

4. Be polite. Sometimes as “shot callers” we can have a hard time distinguishing between being assertive and being a butt hole. Treat employees, customers, and family members like you would a socialite whom you see semi-regularly. (Isn’t it funny that we treat the people that we see only occasionally the best?)

So, next time you come close to justifying a wrong decision because it is for all the right reasons remember the “two Woonsocket High School boys from RI who did the right thing by trying to get to school on time, but, it was the way they got there that police had a problem with.” (Fox News)