New Facebook Campaign Structure: How To Use Ad Sets

Facebook’s new campaign structure was rolled out throughout March and has been in my opinion, a huge addition to my accounts. Before this new upgrade, you had to individually setup each campaign depending on what type of audience you wanted to target. Of course to make life easier you would use power editor to duplicate campaigns, but you would find sooner or later that you had too many campaigns to keep track of.

There are now three ad levels (Campaign, Ad Sets, Ads) compared to the two prior levels (Campaign & Ads) before the upgrade.  You now have the option of setting up campaigns with a specific objective and creating ad sets labeled in a way that will best fit your personal or clients needs.

When setting up a campaign it’s critical to set the appropriate objective depending on your clients or business goals. In this example our goal is measuring sales, so we will be using the website conversions objective to track performance so we can measure our ROI. Since we will be advertising in three different markets my campaign structure will contain three different campaigns based off of the three markets; California, New York, and Florida. 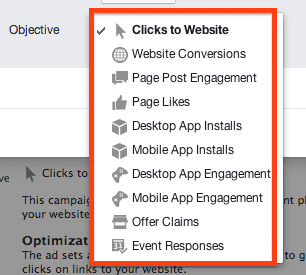 Having the account structured in this way will help me organize audiences by location and keep my different markets separated from each other. Before Facebook’s new structure if you wanted to keep track of your campaigns by location you would have to make sure the campaign included the market name. For example if the location was Utah, the campaign would have to be labeled “Beets Lookalike (Utah) or something similar. Leaving out the location from the campaign name led to confusion especially if the account was serving more than one location. 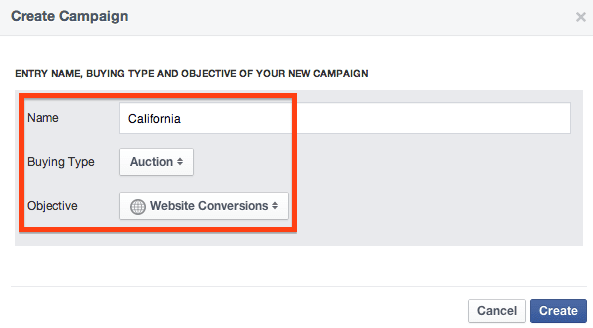 Within each campaign you can have several ad sets, which allows you to organize and separate your target audiences into separate groups. This method or strategy is comparable to Google Adwords adgroups. Similar to Adword’s adgroups you can set unique budgets for each ad set. With ad sets you can also set ad schedules depending on your audience and advertising needs.

Having all your target audiences in their own ad sets allows us to create ads specifically for those audiences. It will also allow us to view all three of our target markets separately. Instead of browsing through endless amounts of campaigns, I can click on the California campaign and view all my target audiences associated with California. Making analyzing my data and reporting a lot easier. 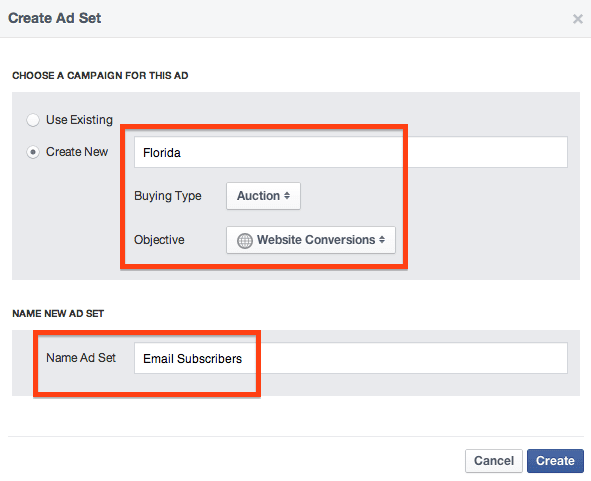 Not too much has changed with ads. They still have the same function as before, you set your creative, imagery, target audience…etc but as we mentioned throughout this post ads are now better organized for the ad set in which they are placed. Multiple ads can be placed in a single ad set which will allow you to test different creative and images against each other.

For Beets Headphones, each ad set will have unique ads that will allow us to better differentiate our creative based on our target audiences. Our Facebook Fans ad set will have ads that are specifically tailored to our fans and could be used to introduce new products or get customer referrals, while our Friends of Friends ad set could be used to offer a special discount or promo code. The different variations are endless and ultimately depend on your business or clients needs and goals. 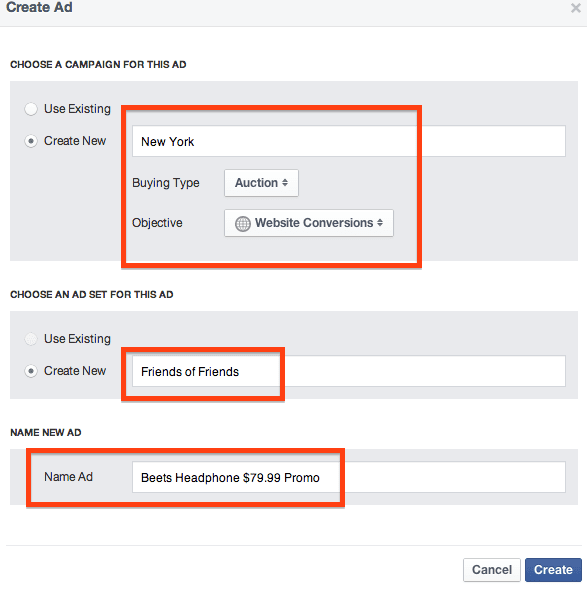 It’s nice to see Facebook continuing to better their advertising platform. Aside from now having to change account structures for each of my clients, the new change is for the better. It has helped me better analyze data, performance and navigate through each account.

What are some different ways you structure your campaigns?