With the New Year upon us, it’s that time of year where companies awaken from their holiday hibernation and begin to roll out this year’s game plan. While many brands will simply continue with business as usual, there are others that will be making big moves. That said, in an effort to celebrate the spirit of ambition, we’ve compiled a list of 10 up-and-coming brands that we think you should keep an eye on in 2013.

Crossfit:
If you haven’t done Crossfit yet, you’ve no doubt heard about it … and if you have done it, you’re no doubt hooked. Though Crossfit is often thought to simply be a rugged style of working out, it’s actually a brand of workouts that thrives via a series of franchised gyms that have burst into the mainstream. Having gone from 3,000 gyms in 2011 to over 5,000 in 2012, you can bet their numbers will grow exponentially in 2013, as the previous years of growth continue to gain momentum. 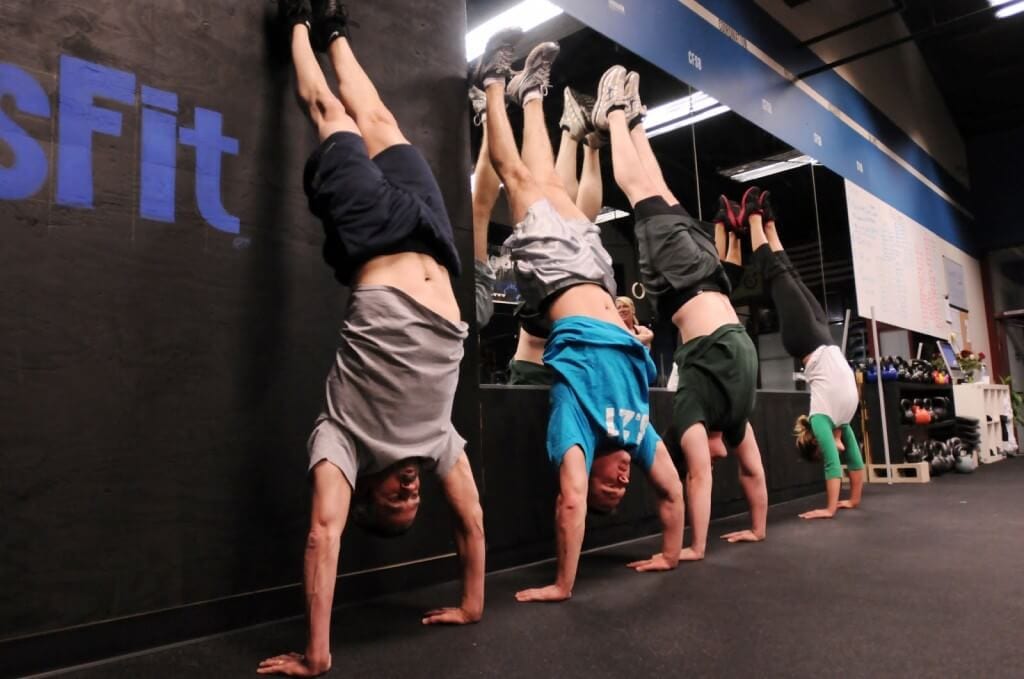 Tough Mudder:
Speaking of crazy fitness trends the gritty “endurance” event known as Tough Mudder is a brand that is most definitely looking to make waves in 2013. Launched just two years ago, the ambitious brand is already boasting $70 million in revenue and, having just inked a deal with Under Armour in late 2012, it looks as if they’re just getting started. 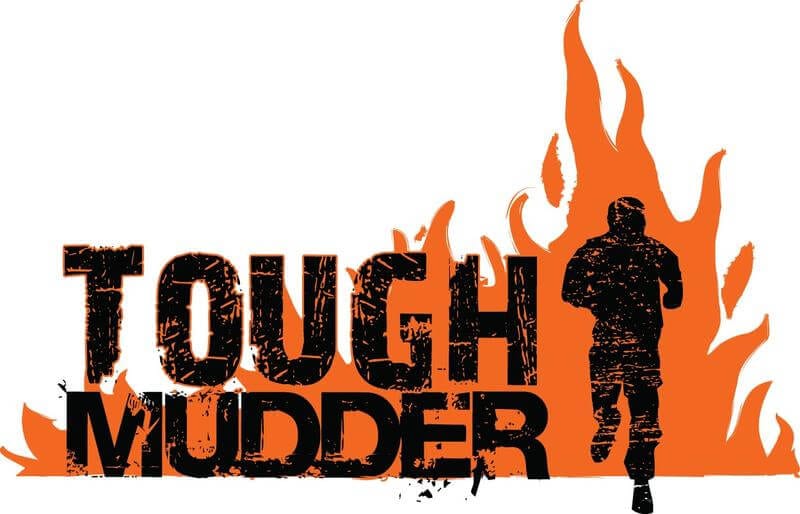 Chrysler:
Just when you thought the old and tired brand of Chrysler was down and out, they’ve recently endeavored into a whole knew re-branding effort that is just now being fully realized in 2013. Yes, in the midst of the economic turmoil that was killing the auto industry over the past few years, rather than fold, Chrysler has refreshingly paired up with a number of athletes and entertainers, including Detroit rapper Eminem and the “Imported from Detroit” campaign, to both elevate and reinvent the notoriously aged brand.

By standing by their long-standing American roots and pairing it with both high design and quality advertising (courtesy of Wieden + Kennedy), they’ve turned an old and tired brand into a cultural movement. Don’t believe us, did you see their many Super Bowl ads. 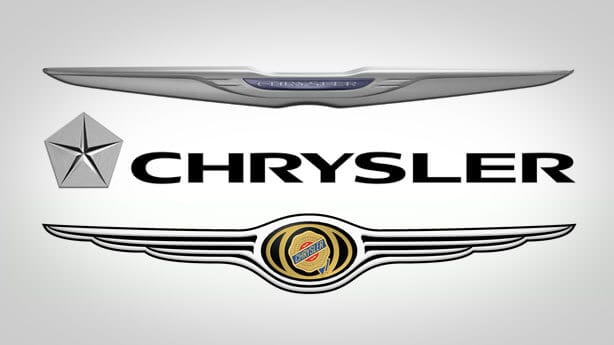 Land Rover:
Continuing in the vain of automobiles, while Land Rover has always been a respected brand (due to its luxurious appeal), the fact of the matter is that they haven’t released a new model in over a decade. That said, rather than continue with business as usual, Land Rover just proudly released a new and improved model of Range Rover in October of 2012 and underwent a change in ownership. These two new elements combined, Land Rover has already seen exponential growth in both established and developing markets – and it’s only January! 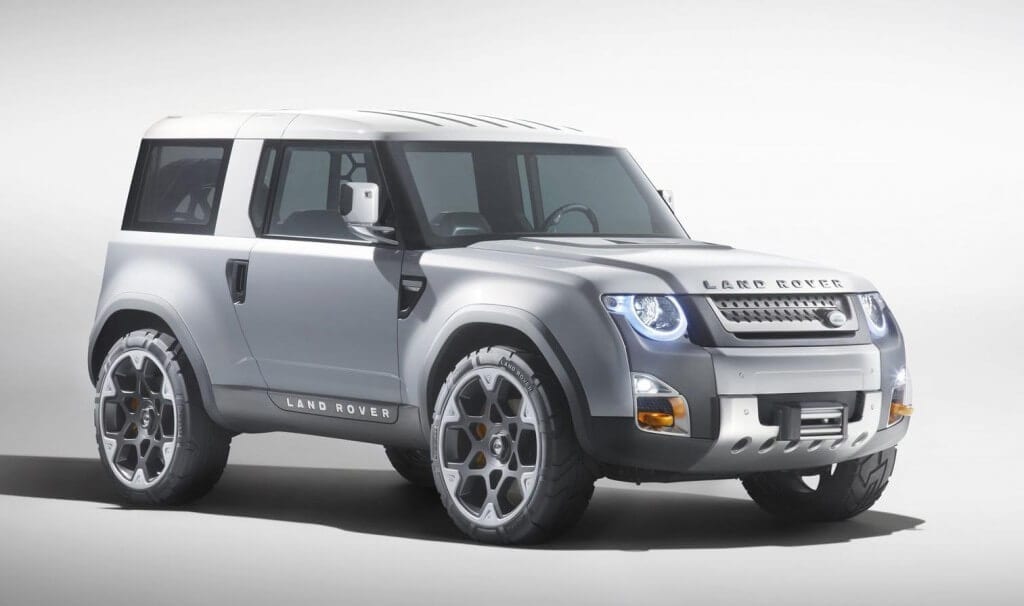 Facebook:
While you might think that Facebook has peaked (based on its underwhelming stock market performance in 2012), don’t count them out just yet because they have plenty of innovation up their sleeve! Between having recently launched a search platform that aims to challenge Google and the intriguing murmurs that Facebook is scheming up a phone that will battle Apple, it will be interesting to see if Facebook can make a resurgence in 2013 or if they’ll continue to decline. 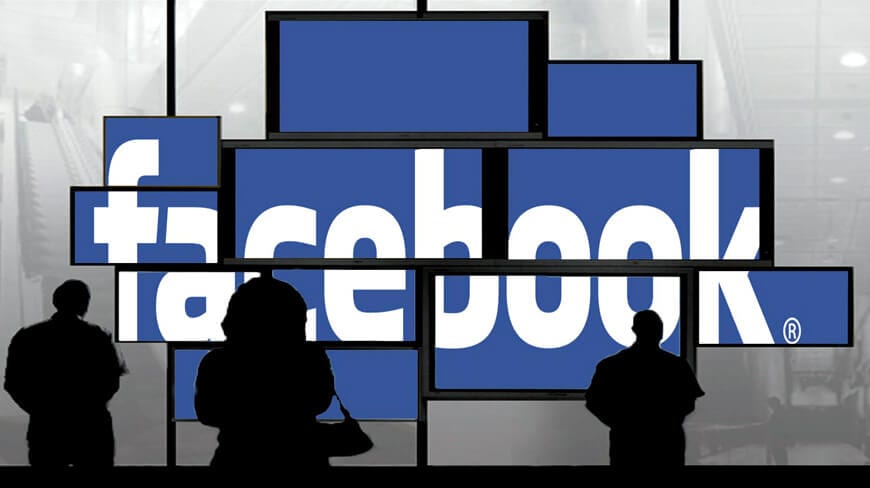 Square:
As independent retailers are realizing that accepting credit cards is, in fact, much easier than baking a pie, an exponential amount of Mom & Pops are embracing the highly accessible technology. Of course, leading the pack of mobile payments is Square – a lean credit card processor with no frills and irreplaceable function.

Entering the New Year with $341 million in funding, having processed $10 billion in 2012 and having recently announced partnerships with Starbucks, AT&T and Angie’s List, this forward-thinking brand is just getting started. Look for a huge 2013! 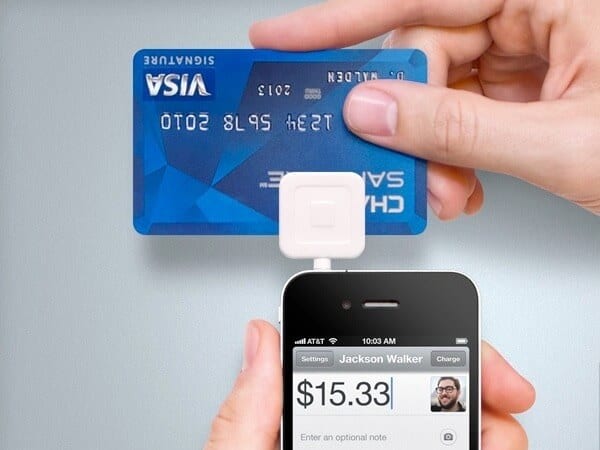 Smart Watches:
If we’re being honest, you can probably insert any number of brands into this category head, however, it’s most important that we highlight the booming trend of the smart watch. According to CNET, 2013 has been deemed The Year of the Smart Watch because of the sharp advancements in technology, as well as, overall consumer comfort with the device. With the ability to tell time, sync with your calendar, access your social sites, double as a phone, etc, look for brands such as Cookoo, I’m Watch, Martian and Basis Science to burst onto the scene. 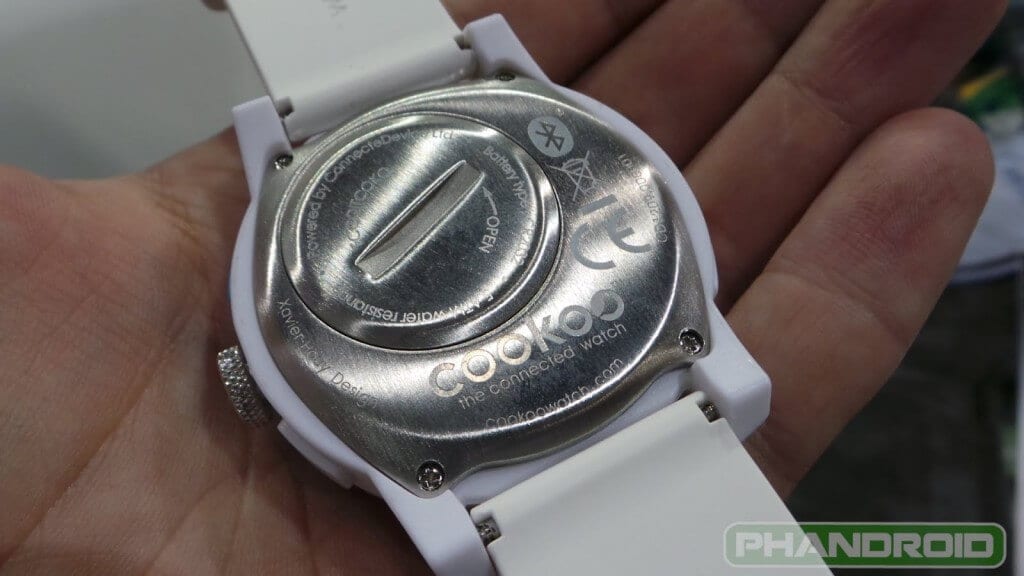 The Oregon Ducks:
While it’s not your typical clothing company or tech start-up, The Oregon Ducks (college football) are a case-study-worthy brand that has absolutely skyrocketed over the past few years … and 2013 will be no different. Standing as Nike’s poster child darling, The Ducks boast the kind of high-flying offense that justifies their ultra flashy, never-worn-twice uniforms from the future. Yes, while they’ve recently suffered the loss of their highly touted head coach, Chip Kelly, to the NFL, the brand, players and signature style of play are still in tact and primed to attract national attention, well beyond their alumni. 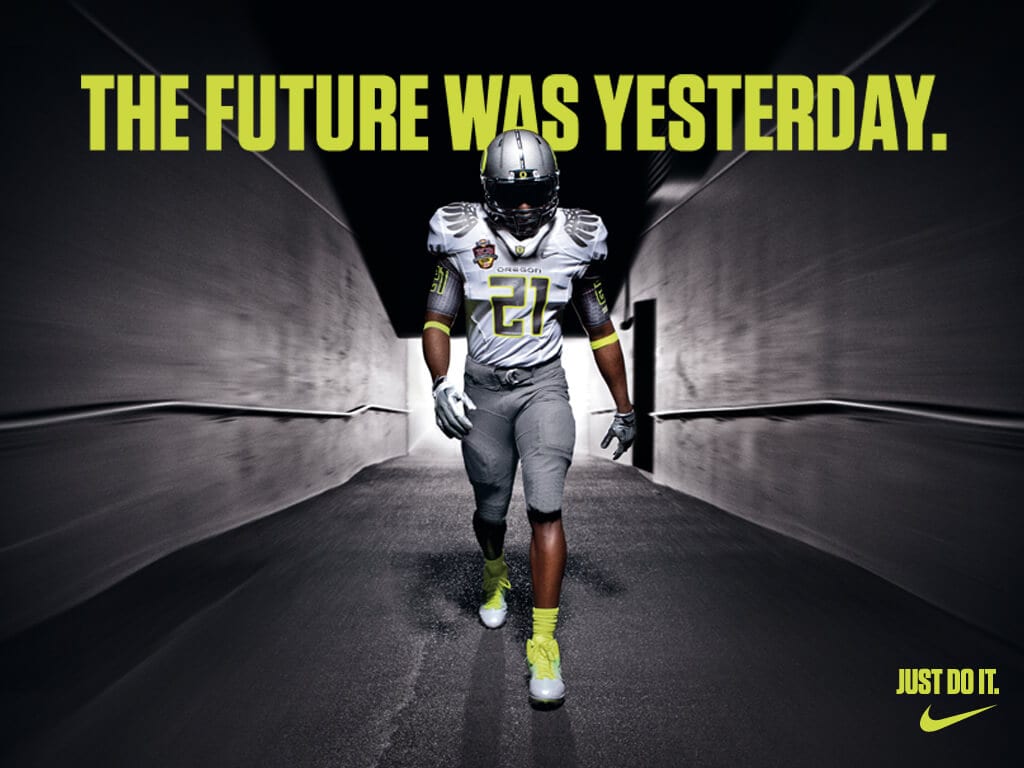 Hyundai:
When you think of the leading “economy” car companies, it’s easy to think of the major players such as Honda, Toyota, Nissan and others but what about Hyundai? Historically, this South Korean brand has operated in the shadows of the brands above, however, with 17% increase in sales in the fourth quarter of 2012, due to the launch of the 2013 HCD-14 Genesis (and it’s liquid metal technology), they have officially reinvented the Hyundai wheel and have set themselves up for big success in 2013. 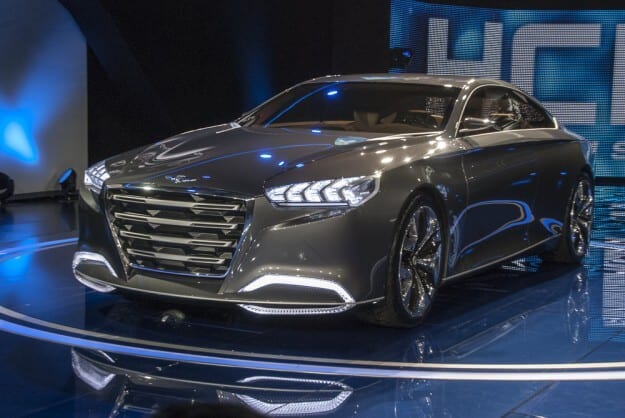 Btwn Wind & Water:
Last but not least is a brand new brand that was just born in early 2012 but was charging at full speed by the end of the year. Btwn Wind & Water is a handmade accessory line that is devoted to simple details and timeless materials and although they just hit the scene, the high-end fashion line has been received extremely well (featured in countless notable fashion blogs and cutting edge tradeshows). Look for this brand to become a household name in 2013! 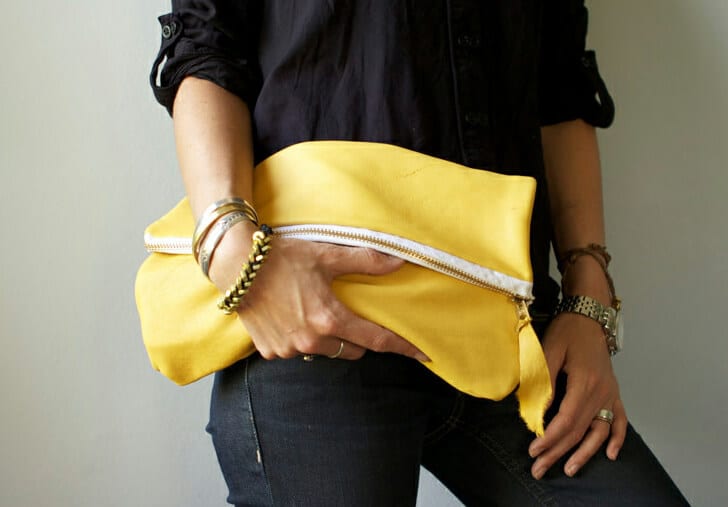 We hope you’ve enjoyed this list of ambitious up-and-comers in 2013. Although there are many businesses out there, these are certainly the ones to keep an eye on and, who knows, maybe even learn a thing or two from.